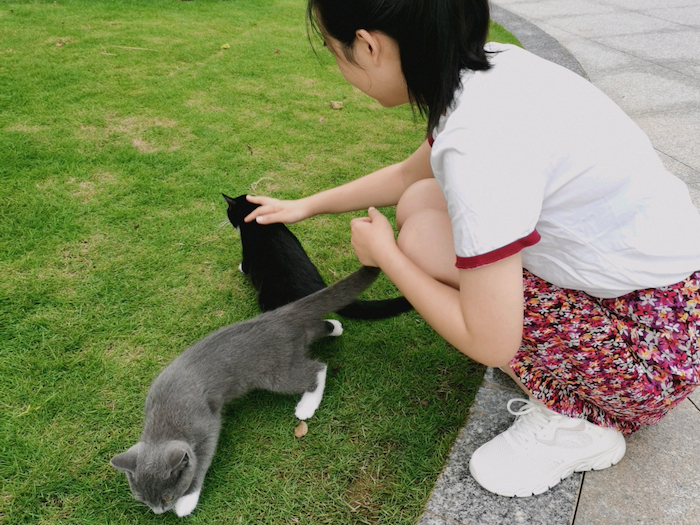 When I was six, my mother brought me a kitten from my neighbor’s liter of kittens. Then, after school, my happiest time was playing with the kitten, until 3 years after that, the cat left us because of an accident. My heart was broken, and I felt like life was so fragile. After that, I was not brave enough to raise another cat as I could not afford to lose a beloved friend.

After graduating and working for two years, I wanted to raise cats so much but still could not make the decision. Until in the Spring of 2020, due to Covid-19, I was ristricted in my hometown. Every day, a wandering cat visited my house to find food, I fed him every meal. To feed him every morning, I changed my habit of sleeping in late. After the meal, the cat would find a warm place to take a nap. I was touched by the happy feeling of the cat. After some time, the ice in my heart melted slowly, I was more and more in love of raising cats.

Two months later, I came back to Shenzhen. Every day, after being busy at work, I went home alone. But I always recalled the happy hours I spent with the cat, I could not stay calm. So, I searched online and asked for help from friends. Eventually, I adopted Mianmian, an orange cat. Every time I go home, Mianmian waits behind the door; when I eat, he jumps to my knees; when I sleep, he stays close to my pillow.

A while later, I brought Mianmian two friends, Huihui, a grey cat, and Caihua, a black and white cat. At the beginning, Mianmian felt guarded, but after a few days, the three cats played together every day, and the happy time came back.

I am so empowered by the cats. Although life may not be smooth and great all the time, you can live your life better if you face it bravely and work hard. A loss does not mean the end, it reminds me to move forward. The happy experiences stay in the bottom of my heart and become great memories.

My boyfriend and I enjoy the company of the cats very much because my life becomes more colorful. Hopefully as a family we can stay joyful and peaceful, grow up and enjoy our lives together. 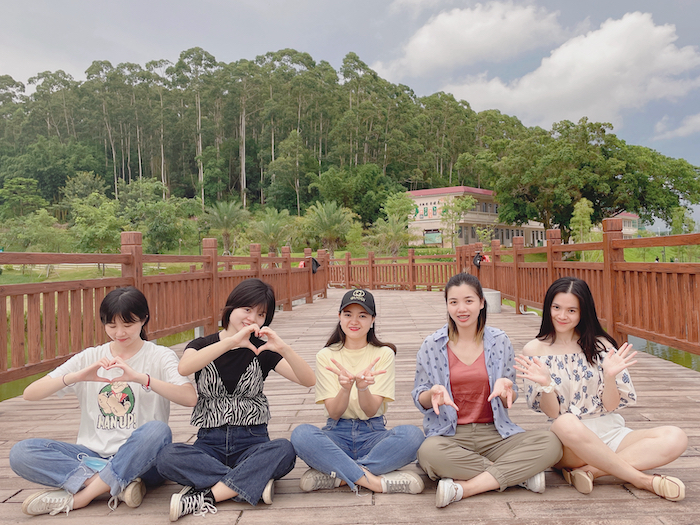 “Long distance separates no bosom friends”, from a beautiful ancient poem. It is used to describe the true friendship which surpasses the distance. I have such a group of friends. For over 10 years, from the schoolyard to the workplace, every year, we find a reason to reunite. We have visited each other’s hometowns, walked on each other’s paths of childhood, and witnessed the growth of each other’s lives.

This year, I decided to leave the Indian company which I had worked at for 6 years. When I told my friends about my decision, they were worried. All of my friends are middle-level managers in their companies, they feel work life is full of serious and complicated human conflicts. Especially during the economic downturn, leaving a skillful job and joining a new environment can be a big challenge. Even worse, I might not be able to find a suitable job, or would have to start over from scratch.

In a short period of time, I found Maple Sourcing. After a written test and short interview, I was prepared for round after round of interviews, however, Aaron gave a labor contract. To be honest, I felt hesitant as it was the first time that I met a company which was so decisive and quick.

I was motivated by Aaron’s vision and accepted the job. After working here for a few months, my doubts disappeared, because at Maple Sourcing, l learned a new mode of management. There are no complicated regulations or fighting colleagues. Everyone knows their responsibilities and works hard in a timely manner to achieve the same company goal.

Self-motivated, highly efficient, and strongly responsible, these are the mottos of Maple Sourcing. At my last company, few people would arrive at the office on time, so the company had to set arrival time half an hour earlier. However, at Maple Sourcing, nobody shows up late. Once, I took a business trip for several days, when I returned to the office, I was surprised to find that my unfinished work had been done by colleagues proactively, and I was asked if more help was needed. At Maple Sourcing, I have a new found understanding about teamwork. As part of such a great team, I always feel that I need to be better. I believe that is called “you learn from your peers”.

This year, my friends and I are planning a reunion party again. Let us take this opportunity to cheer for my new career! 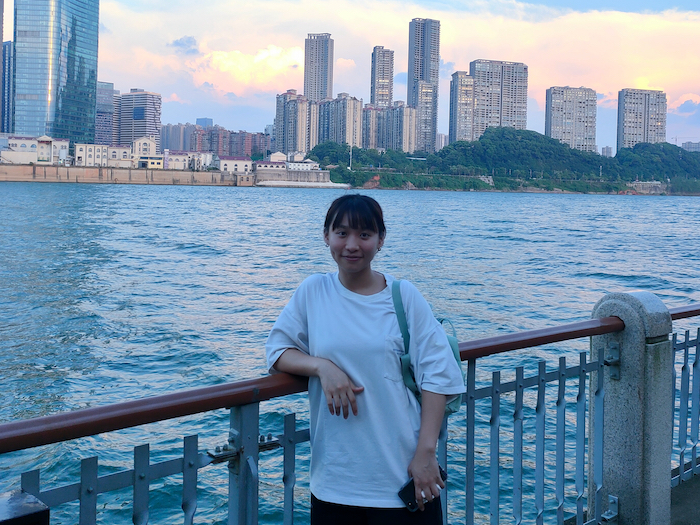 I like handwork since I was a child. When I was 7, my mom suddenly showed strong interests in baking, and purchase an oven, a book, and some tools for baking. One night, mom prepared to bake some Chiffon cakes and asked me to help. We were unexperienced in baking and not really understood what exactly the book instructions meant, but we actively tried whatever we could do. Without electric mixer, we had to stir by hand, after the dough is ready, we felt numb for arms. The first try was not a big success as the cakes did not expand too much so they looked more like pies and tasted stiff.

After that, it seemed my mom lost enthusiasm, but instead, while I grew up, I felt more and more enjoyed in baking. I tried some more times and took every try as a new adventure. I changed the recipe and procedure slightly so every time I got different color, look, and flavors.

I like finding recipes and baking videos online and choose one to try on weekend. The world of baking seems more and more interesting and there are lots of new discoveries. I notice that mixing egg white and sugar can get milky paste with textures like feathers. If I gently pull a dough, I can get very thin film which is almost transparent so I can see my palm. When I mix dough and butter and pile up them one after another again and again, I can make crisp with multiple layers. Among all my experiments, the biggest successes are pineapple breads and apple pies.

I always want to try something new. Not all my trials were successful though, some of them even became “accidents”. Once I did not control the recipe well, so the cakes became “rocks”; another time, I intended to make Swiss roll but I added too much cream, so the cream overflew to bench and even to the floor, my dog tried to eat all them up. It was a mess!

I still do not have an electric mixer. Although hand mixing is sweaty, I feel fun to observe the mixture of flour and water, and gradually the dough turns smooth and rich. I feel my efforts to baking can be transferred to warmth and happiness to my family and friends who enjoy the food I create, so as the love.

Want to speak with our key account manager?
We speak your language.
Consult Now