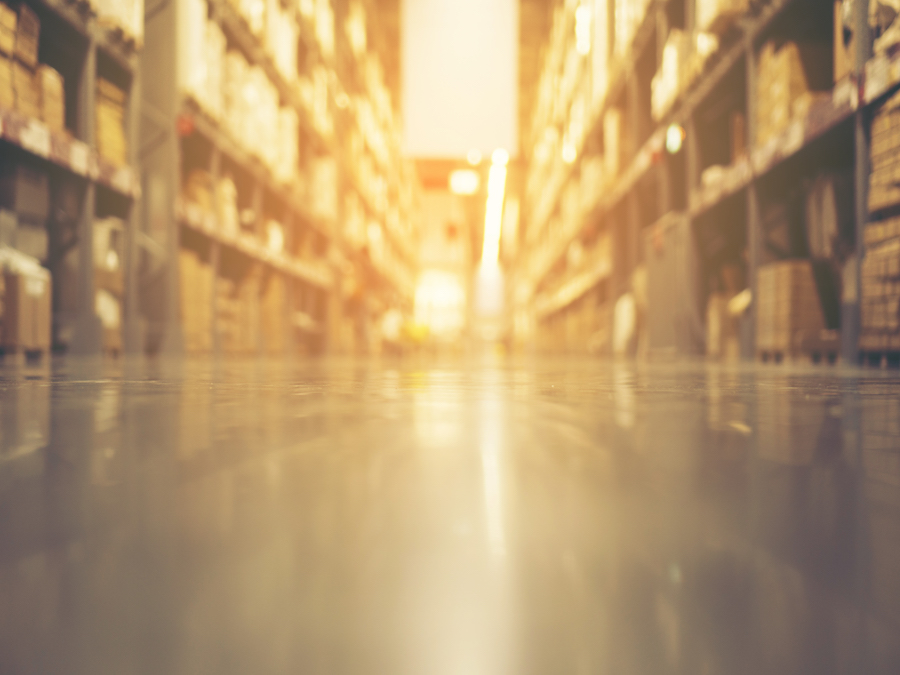 What is an LCL shipment?

LCL refers to a shipment that doesn't fill up an entire container. An LCL container load consists of multiple orders from different shippers. In contrast, a full-container load occupies the full container.

If your cargo is not large enough to take up all the space of a shipping container, why book a full container? Instead, you can use LCL and pay for what you use. Your LCL shipment shares container space with cargo going out to other shippers. It is a good way to ship from China to USA or other countries.

How does LCL shipment work?

Grouping of cargo makes logistics a bit more complex, and requires more consolidation to move things according to plan. Here's what the LCL shipping process looks like -

Engaging freight forwarders or shipping agents is more convenient than working directly with a shipping company. Assuming that you've a freight forwarder or you're planning to use one, they will take care of shipping for you. Give the weight and dimensions of your cargo to your freight forwarder. You'll also need to fill in and provide the Bill of Lading, commercial invoice, cargo packing list and other documents and forms. The documentation needed will depend on the type of cargo and destination port.

LCL shipments are shipped out at fixed intervals of a week or fortnight. So, your product souring for Amazon should be ready on time to be picked up. Your freight forwarder will arrange this for you. The cargo will arrive at the warehouse where it will be consolidated with other cargo. It needs to come in well before time. For a warehouse located near the departure port, the cut-off date for cargo to arrive is normally seven days before the ship is due to set sail. The cut-off times depend on where the warehouse is located. The date is earlier for inland warehouses as more time is needed for the container to arrive at the port.

The container moves along to the port of departure. Cut-off dates for containers are usually three days in advance of the sail date. After the consolidated cargo arrives at port, the shipping company takes charge of it. The cargo then makes its onward journey to the destination port.

The ship may halt at an intermediate destination where more cargo will be added to the container before it is transported to its final destination. The unloading and loading that happens is known as transshipment.

Upon its arrival to the destination port, the container is collected by the freight forwarder's agent and transported to the deconsolidation warehouse. Here, the cargo is separated into individual LCL shipments. From here, you can arrange for the goods sourcing from China be transferred to the final destination warehouse.

How are LCL freight charges calculated?

It is important to know how shippers and airlines calculate freight costs. This is the basis on which you can decide which mode of transport is cheaper for your goods.

The cost of air freight shipment is calculated on the chargeable weight. This is either the volumetric weight or gross weight, whichever is greater. Volumetric weight (kgs or lbs) or dimensional weight (cubic metres or CBM) is the amount of space your package occupies according to its dimensions, which is then converted to its equivalent weight. Gross weight is the weight you provide when requesting the shipping quote. You have to calculate both weights.

In determining the LCL shipment cost, volume matters more and as such it is primarily calculated on volumetric weight. This is because container ships can handle large amounts of weight. Essentially, the more space your shipment occupies, the more you pay.

As the space on an airline is limited, you'll need to pay more to accommodate larger shipments. Ocean freight is a more economical option for small but heavy shipments. 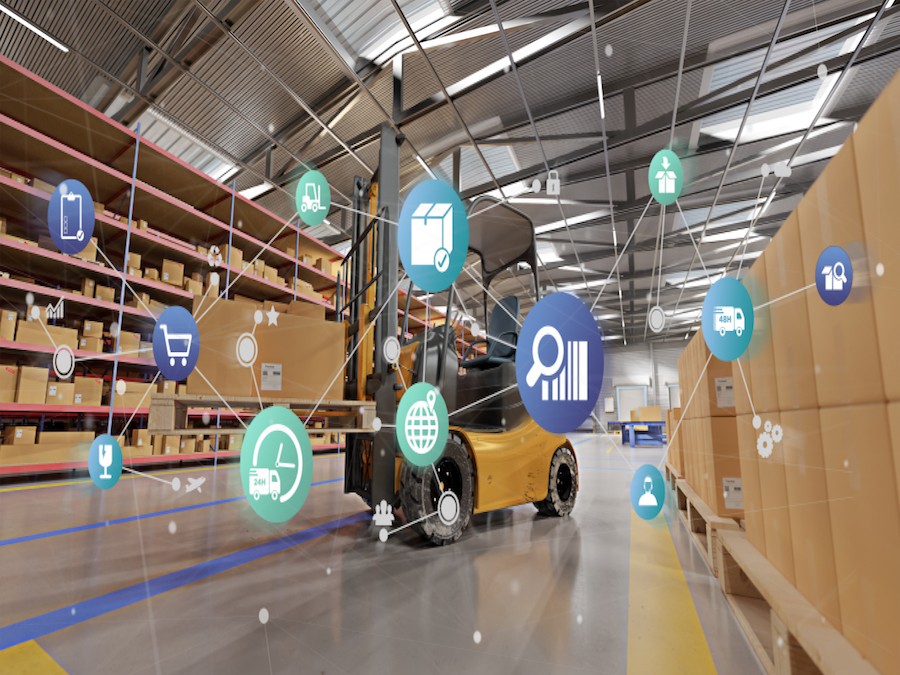 Advantages and disadvantages of LCL shipment

This option is a good fit for shipping smaller volumes of goods initially before increasing volumes as more orders keep coming in. If you're trying out different China online suppliers, using LCL prevents you from having to place bulk orders during your test run. You don't have wait until you have a sufficient volume to book a full container. This is particularly beneficial when you need to receive a smaller volume of shipment in the earliest possible time. If you're not shipping to an Amazon warehouse but a facility you own and manage, LCL can make inventory management less complex.

The costs of LCL per unit are typically higher to account for the additional logistics and management of shipping multiple orders in one container. As this shipping term involves combining freight from different suppliers, there's a risk of contamination and spillage.

Upon their arrival, LCL shipments undergo deconsolidation. Packages can be mixed up or misplaced with other shipments. The deconsolidation process itself takes a bit of time. For this reason, LCL spend more days in transit compared to FCL.

When to consider LCL shipping:

When you're starting small

Before selling anything on Amazon, you need to determine market demand and sales potential. After you've identified a market or niche, you may still wish to start small first and then ramp up orders from your China OEM manufacturers. LCL is better suited for small orders during early stages of your business.

When you serve a small market or enter a new one

If you have no need for large consignments because you serve a smaller group of customers, LCL shipments can be more economical. They are also justified when you're entering a new market and testing the waters to see if actual sales match demand or sales potential.

When you need to split shipments

If you're delivering to multiple Amazon FBA facilities, then LCL is the better option to split your shipment rather than sending out multiple full containers.

Difference between FCL and LCL

Full container load (FCL) is the other main mode of shipping. As its name hints, it is a shipment that occupies the entire space of a container. So, unlike LCL, the need to share the container with other orders doesn't arise.

Knowing the differences between the two types of shipping modes is necessary to know which one is better and cheaper for your shipment. Let's understand how LCL and FCL differ on various aspects.

The capacity that your shipment takes up is the main factor when choosing between FCL and LCL. For low-volume shipments, LCL are the better option. That said, look at the shipping cost per CBM to understand whether LCL works out cheaper or more expensive than if you were to transport a large volume in a full container. Generally, FCL is cheaper when the shipment has over 10 standard pallets or takes up more than 14m³ of space.

The cost to ship your goods is obviously a key factor in deciding between FCL and LCL shipment. There is no golden rule on the volume at which FCL is more cost-effective than LCL. FCL is preferable for volumes over 13m³ even though the shipment may not fill up the entire container. But in some cases, it may be more cost-effective to use FCL for volumes slightly lower than 13m³. So, a case-to-case evaluation of FCL and LCL costs is required to make the right decision. For lower volumes between 2 and 13m³, LCL will likely be the cheaper option.

Your freight agent should be able to advise you on the cheaper of the two shipping modes. An experienced agent will be able to tell you if your LCL cost has reached a break-even point at which your LCL load will cost you the same as a 20-foot FCL container. 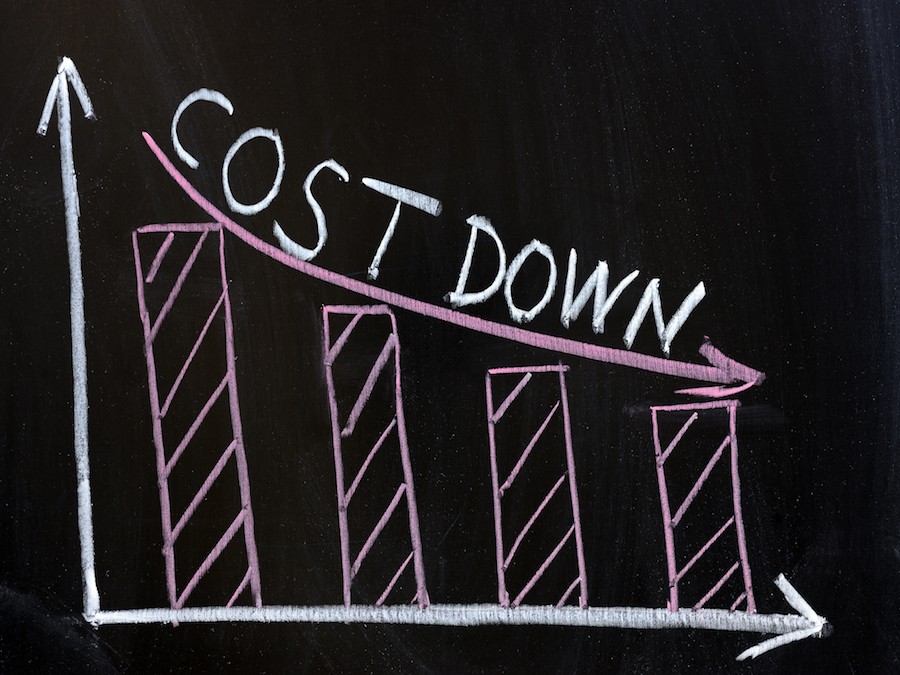 As a low volume shipment is compactly packed, it does not move around in the container. But the security aspect is worth noting when you're transporting cargo that is more sensitive to movements and may be affected due to contact with other cargo in the container. If there is a risk of cargo damage or contamination from mixing it with other merchandise, then you may want to think twice about using LCL. An FCL shipment could be the better option as there is no mixing of cargo.

Depending on how soon you want your shipment, consider how much time each shipping mode will take to bring your cargo to an Amazon warehouse at your destination. FCL is faster and better for urgent shipments. If you need your merchandise before a fixed date, FCL is better.

LCL take longer as the cargo needs to be unloaded from one ship and loaded into another. This transshipment extends the shipping journey. If you have flexible dates, then LCL will work just fine.

LCL services offer fixed weekly sailing schedules. You can have your products delivered soon after they've come off the production line. This makes up for the longer time that LCL spend at sea until they reach your destination.

Some things to note:

- You can use Amazon Global Logistics to ship from China to the US and European countries via LCL ocean shipping. If you use Standard Ocean (LCL), then your cargo will take an estimated 28 days to get from Shanghai/Yantian/Ningbo/Xiamen to the West Coast. Sending cargo from Shenzhen to the West Coast takes approximately 28-33 days. Shipping to the Midwest takes longer, anywhere from 35 to 40 days.

- All products sent to an Amazon fulfillment centre need to be properly labelled in accordance with Amazon's barcode system. The label must have a Universal Product Code (UPC) or the specific FBA label. The packaging dimensions should meet Amazon's guidelines.

- Insure your cargo regardless of whether you use FCL or LCL shipment. In case your cargo gets damaged in transit, shipping insurance will compensate for any loss or damage incurred.

- Pay attention to the information you fill in documents that need to be provided to customs. Any errors in paperwork can delay shipment. In a worst-case scenario, customs may detain the entire container. Unfortunately, this can arise from no fault of yours but due to the mistakes of other shippers. From your side, make sure to have the cargo ready on time and paperwork filled out correctly.

- The biggest advantage of using LCL is that it is cost-effective. But as an LCL won't occupy a full container, it is more cost-effective to opt for FCL if the cargo reaches a certain volume.

- LCL is often the first choice for loads of less than 13m³ and for anything above, FCL is chosen.

- Avoid LCL if you have urgent deliveries, and use it for flexible delivery dates.

- LCL rates tend to be more stable and remain valid for 1-3 months. FCL rates are dynamic and are generally valid for two weeks at a time.

- Consider the nature of the cargo being shipped. Fragile or temperature-sensitive cargo that can be damaged from being consolidated with other cargoes should be shipped in an FCL.

- LCL are packed compactly and securely to reduce risk of damage from the movement aboard the vessel. If you happen to be sending fragile merchandise, the label should mention this fact clearly. If, say, the label omits mentioning this, then handlers will not know that the merchandise should not be stacked or that other smaller orders must not be placed on top of the fragile orders.

For more information on shipping and China sourcing, please have a look at our blog posts.